The EquiToolz Web site uses cookies to store information on your computer. 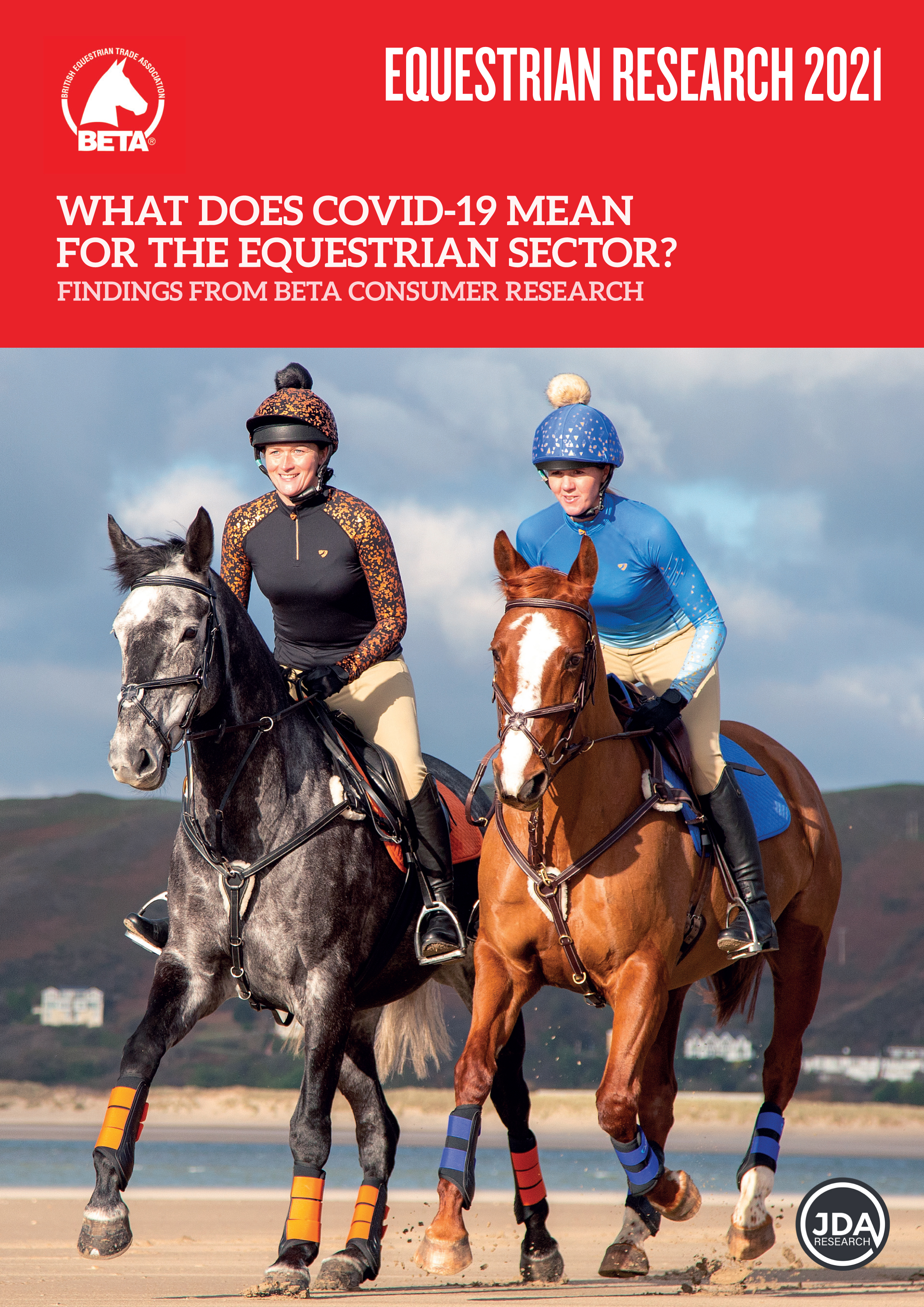 The findings of a new British Equestrian Trade Association survey provide a fascinating snapshot of the UK’s equestrian sector in the wake of a global pandemic. The survey set out to measure the impact of Covid-19 on riding and equestrian spending habits. It took place in December 2020 and January 2021, with 1,508 horse owners and riders providing input on their activities since the beginning of 2020.

The detailed survey, commissioned by BETA and carried out by JDA Research, reveals that online shopping has increased by a staggering 38%, highlighting an increased trend for “armchair” spending. This unexpected boost is thought likely to play an important role in helping to shape the future of retail.

Although affiliated and non-affiliated competition has been impacted, there is only a slight decrease in riding overall, which is expected to recover and return to pre-Covid 19 levels. Meanwhile, there has been little change in horse ownership.

“It has been two years since the last BETA National Equestrian Survey was published and the world has had to contend with enormous challenges because of the coronavirus pandemic,” said BETA executive director Claire Williams. “The past 12 months has been incredibly tough for many of us in the equestrian sector, affecting riders, their horses and the industry.

“This new survey offers us a unique insight into the way in which the pandemic has affected our core activities of shopping for equestrian goods, riding and horse ownership – and helps us to shape our response for the future.”

Here are the key findings on equestrian spending:

Increased spenders tended to be younger, with 23% of under-25s spending more – and on items associated with riding rather than on the upkeep of a horse, with 58% of them buying saddles and 35% investing in general rider clothing.

Older riders and horse owners (over-45s) were more cautious with their spending and only 5% of this age group were spending more, compared with 23% who were spending less or had stopped.

Online spending showed significant changes, with 49% of riders and horse owners shopping online more than they did at the same time in 2019, and they were spending 38% more on average than they did before the pandemic. Two in three said they would continue with online purchasing in future.

Impact on riding
Competitive riding has been severely hit by Covid-19, with only 15% of riders taking part in affiliated events compared with 30% in a typical year. Despite this, six in 10 equestrians said they continued to ride the same as or more often than they did before the pandemic. Here are the key facts on riding behaviour:

Impact on riding
The overall impact of Covid on the frequency of riding is generally small, with the following key findings: